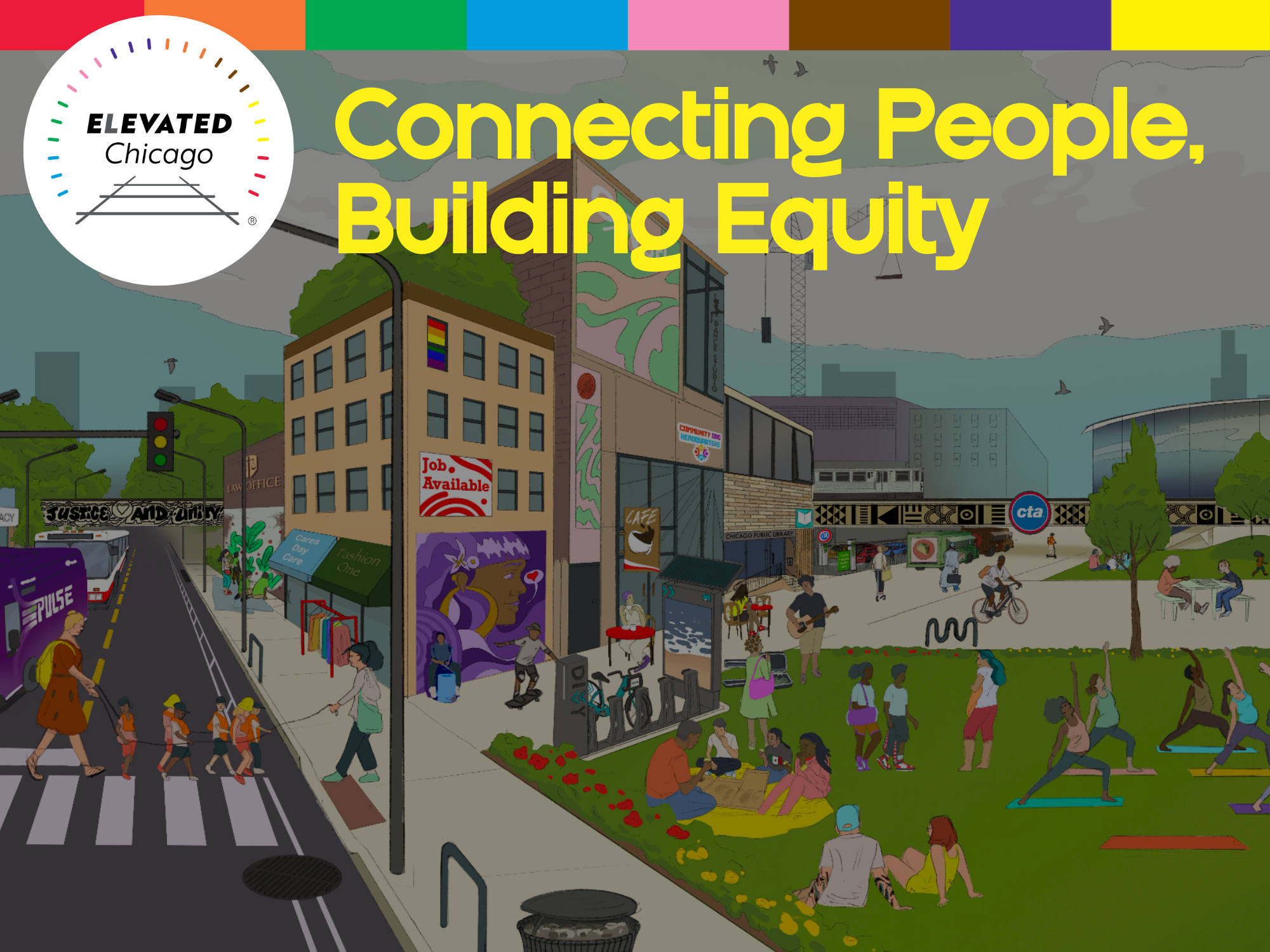 What is the Connected Communities Ordinance?

The Connected Communities ordinance adopted by Chicago’s City Council in 2022 is the primary way that the city’s Equitable Transit-Oriented Development plan becomes part of law. The ordinance changed several components of the Chicago zoning code, and took effect immediately on July 20, 2022.

The Connected Communities ordinance’s place in a broader legal process controls what can – and cannot – be built. Before we summarize the ordinance, read a brief overview of the zoning change process in Chicago.

In Chicago, many proposed developments – for housing, mixed-use, or non-residential uses – require changing the city’s zoning map that covers the proposed development’s location in order to obtain building permits. The zoning map assigns every property to a zoning district, and each zoning district applies a different set of development rules (the zoning map tends to change in small ways, one property at a time, dozens of times each month). Some zoning map designations allow taller buildings, buildings with more dwelling units, and a different mix of businesses that can open up in the buildings.

Technically, the changes that a property owner or developer needs in order to build a proposed project or modify an existing building is called a “zoning map amendment”. These map amendments must be approved by the Chicago Committee on Zoning, Landmarks, and Building Standards, and the full City Council.

Sometimes, the Chicago Plan Commission needs to approve a proposed project – this happens when projects are large enough that they reach voluntary or mandatory “Planned Development” thresholds, are sited next to the Chicago River, or are built close enough to Lake Michigan.

The first Transit-Oriented Development ordinance was adopted in 2013, and established the concept of “Transit-Served Locations”, or properties that are within some distance of a CTA or Metra station. In 2019, City Council expanded the definition of Transit-Served Locations to include certain bus routes. In the meantime, the distance a property could be from a station or bus route has been expanded. This summary will use the more common phrase “TOD area” to indicate the buffer around all CTA and Metra stations and certain bus routes where the Connected Communities ordinance applies.

The Connected Communities ordinance greatly expanded the TOD areas in Chicago: adding dozens of bus routes to the map nearly tripled the number of properties that are in a TOD area.

ACTION: Property owners and developers who want to use the provisions of the Connected Communities must first determine if their property is in a TOD area. The easiest way to do that is to look up an address or a PIN on Chicago Cityscape. The City of Chicago’s public zoning map also has TOD areas but requires that you use a measuring tool and know the maximum distance that a property can be from transit.

Affordable housing proposals must have an opportunity to be voted on

In addition to the zoning change process briefly described above, Chicago alderpersons also have a say on what developments can be approved. They exert influence directly with the developer or property owner proposing a project in the ward they represent, or potentially voting as a member of the zoning committee. Many times, alderpersons will prohibit zoning change applications from reaching the zoning committee – a pattern called “aldermanic privilege” or “aldermanic prerogative”.

Their prohibition may last years, essentially preventing certain proposals from being voted on and preventing new housing from being built.

The Connected Communities ordinance aims to chip away at this pattern by ensuring that every proposal for affordable housing has a chance to be approved. Here’s how:

After the automatic approval by the zoning committee the full City Council must vote on the proposed project.

Proposed projects that do not meet the listed criteria above still get some consideration in the Connected Communities ordinance. A sort of deadline is given to the zoning committee: if they don’t vote within 180 days, then the proposal is considered denied and cannot move forward to the City Council.

The Connected Communities ordinance changes the “density bonus” structure of its predecessors. To ensure that developments take advantage of their proximity to transit, the zoning code allows more dwelling  units in TOD areas than allowed outside of TOD areas. It works by changing some variables in the formulas that control building size and maximum number of dwelling units.

Additionally, Connected Communities has a novel way for developers of larger buildings to gain permission to build even more units than the above density bonus allows by providing less parking and using the space that would have been parking to build more homes than would have been allowed otherwise. These projects must maximize the density controls allowed by the zoning district and be reviewed by the Chicago Plan Commission. The additional units must also have a proportion which is designated affordable.

Developers can still provide less, and providing less is encouraged and even easier to do. Before, the proposer would have to obtain a certain type of zoning change, even if their property’s zoning district was appropriate. Now, the proposer does not have to obtain that zoning change and can instead submit a formal request to the city’s Zoning Administrator asking for an “administrative adjustment” to reduce their project’s car parking allowance – all the way down to providing zero spaces.

On the other hand, if developers want to provide more car parking than the half requirement they must also ask for an administrative adjustment. In the city’s “B” and “C” business and mixed-use zoning districts, they can ask for permission to provide as much as one car parking per dwelling unit. In the city’s “RM” higher-density residential zoning districts there is no limit to the number of car parking spaces for residents that a proposer can ask permission for.

1. The ordinance requires that all developers design their buildings that are in TOD areas to comply with the “Pedestrian Street” standards to enhance the pedestrian’s experience of the street. These standards also require that proposers obtain an administrative adjustment from the Zoning Administrator to get permission to build a driveway or curb cut.

2. The ordinance incentivizes builders of 2-6 unit buildings to create one or more accessible dwelling units on the ground floor that could be occupied by people with disabilities. Should the builder choose to take advantage of this , this accessible unit is exempted from most of the zoning code’s bulk and density standards that would otherwise prohibit an additional unit. (The zoning code does not implement a limitation on the number of accessible units on the ground floor the builder can provide, but lot width and other building design considerations may limit the number, for many small developments, to a single additional unit.)

3. The ordinance establishes a standard regarding the number of units that must be built, and preserved, on certain lots. Upon properties in certain residential-only zoning districts near transit (which includes all CTA and Metra stations and select, higher-frequency bus routes) that are also in “Community Preservation” areas – a concept established by the Affordable Requirements Ordinance, or ARO – a two-flat or three-flat is the minimum house size. Which one, a two-flat or a three-flat, depends on the property’s zoning district. The same provision also means that an existing two-flat or three-flat, depending, cannot be deconverted to a single-detached house unless the property owner “downzones” the zoning district to one that doesn’t allow two-flats or three-flats.

The Connected Communities ordinance provides even more benefits, standards, and requirements than are discussed above. Read a more detailed summary on Chicago Cityscape. 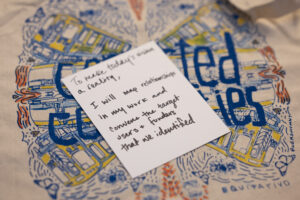 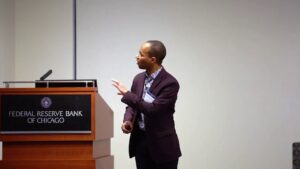 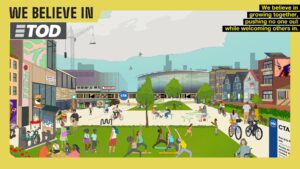